Kendallville Animal Clinic was opened July 12, 1995, beginning another chapter in Dr. Scott Taylor's desire to assist animals. Dr. Taylor was raised on a farm near Decatur, Indiana and went to Veterinary School at Purdue University. He did an externship in Ethiopia, Africa, where he provided surgical and preventative medicine for domestic livestock and had opportunity to work with exotic animals like monkeys, cheetahs and lions. After Veterinary School, Dr. Taylor practiced in Mitchell Indiana and then in Auburn, Indiana working with both farm animals and companion pets. His desire to provide lifelong care for animals was the force behind the establishment of the Kendallville Animal Clinic. Explore "our services" for the care we provide. In 2010, Dr. Taylor had the opportunity to again work with exotic animals as he took over the primary veterinarian role at Black Pine Animal Sanctuary.  One day Dr. Taylor would once again like to go on short term mission trips to assist people and their animals in different locations throughout the world. His love for animals and people are seen every day as he cares for the pets that come into the clinic. 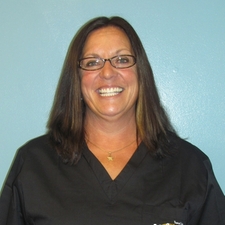 Danna has been with the Kendallville Animal Clinic since 2000. She began working in the veterinary field in 1979 when she volunteered at a local veterinary clinic. From this start as a small girl she has worked in Ohio, Oklahoma, and Indiana as a veterinary assistant. Danna loves to work in the office and hear all the special stories about family pets.

Danna has had many animals over the years including horses, dogs, and cats. She hopes to add another pet to her family soon.

Danna and her husband love to travel and in 1999 she became a travel agent. She and her husband spend time during the winter in Florida visiting family and friends. She has three married children and loves to spend time with her four beautiful granddaughters.

Danna takes pride in assisting clients with their veterinary needs and enjoys getting to know your pets. 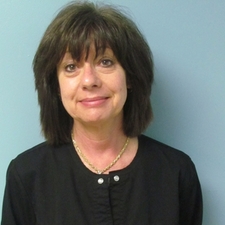 Julie has been with Kendallville Animal Clinic since 2006. She was raised in Fort Wayne and moved to Kendallville in 1994. She has always had a great love for animals and has had many pets throughout the years.

Currently she has three cats. Her favorite part of her job is the interaction with the pets and their owners.

Julie always answers the phone with a smile and loves getting to know you and your pets. 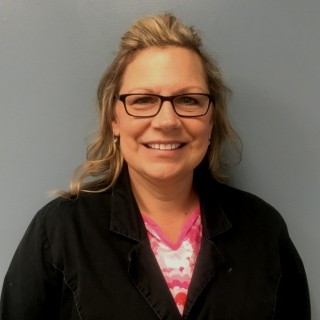 Kelly has been with Kendallville Animal Clinic since December 2017. She started in the Veterinary field in Texas in 2016. She and her husband moved back to Indiana in 2017 to be closer to their family. They have two married children and two grandsons. Kelly ha one bully beagle mix dog named Sadie. She enjoys camping, bike riding and taking Sadie for walks. 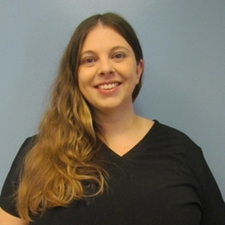 Kelly has been with the Kendallville Animal Clinic since 2008. She brought with her several years of prior veterinary experience not only in primary care, but emergency and large animal medicine as well. She often assists Dr. Taylor in the care of the animals at Black Pine Animal Sanctuary and enjoys working with such special animals. Kelly takes a special interest in strengthening the bond between owners and their pets by educating owners on the best preventative care available.

Kelly has a bull mastiff named Clover and two cats, Cinderella and Maurice. She has a daughter and a newborn son. In her free time Kelly enjoys spending time with family, in the summer you will likely find them at the lake or camping.

Kelly obtained her Veterinary Technician degree from Purdue and became a registered technician in 2016.

Carly has two horses; Cash and Rose, a Weimaraner named Graycie, and a cat named June Bug. Carly and her husband have a daughter and son and in their free time they enjoy time together as a family around their pond or camping.

Carly obtained her Veterinary Technician degree from Stautzenberger College and became a registered technician in 2016.

Megan has been with the Kendallville Animal Clinic since 2014. Megan's love for animals started at a young age, she has been working in a veterinary clinic since high school. After graduation from Purdue she was employed with the Purdue Large Animal Hospital. Megan came back to her hometown in Kendallville after getting married in 2010. She started working part time with us while also working at an equine specialty hospital. She is now with us full time. Megan enjoys working with all species from pocket pets to large animals. She is happy to help you with any of your animal needs and enjoys educating clients!

Megan lives on her family farm with her husband, daughter, and son. Her family anxiously awaits the arrival of their third child, a little boy due in July. Megan has 7 horses, 2 goats, 4 dogs, 2 cats, and several chickens. She enjoys spending time outdoors and being with her family.

Megan obtained her Veterinary Technician degree from Purdue University and became a registered technician in 2009. 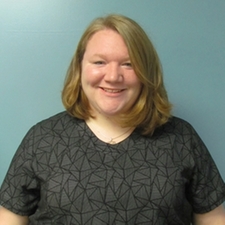 Amber has been with the Kendallville Animal Clinic since the fall of 2012. She enjoys working with animals as well as meeting their people. Amber loves helping others learn about animals.

Amber enjoys traveling. She has taken multiple trips to Poland and has spent an entire year there tutoring students in conversational English.

In her free time, Amber enjoys spending time with her family on their family farm. Some of Amber's favorite animals include two dogs named Jess and June, a California red sheep named Eowyn, and a paint horse named Treasure. 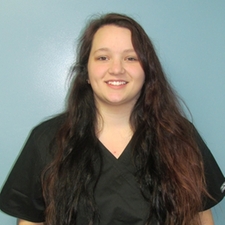 Ashley has been with the Kendallville Animal Clinic since 2017. She is from Fort Wayne where she currently lives with her fiance. Ashley enjoys getting to know clients and their pets and helping with general health questions!

Ashley obtained her Veterinary Technician degree from International Business College and became a registered technician in 2017. 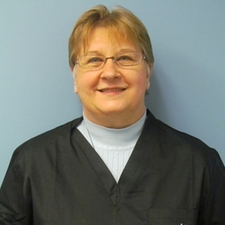 Lin lives on the lake with her husband. She has a schipperke named Deagan and two rescued cats; Bunnie and Allie.

Lin obtained her Veterinary Technician degree from The Medical Institute of Minnestoa in 1976. She has worked in the veterinary field ever since. 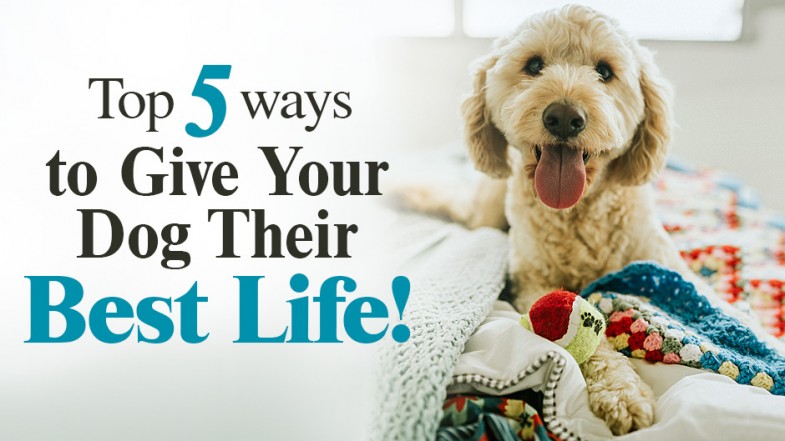 Top 5 Ways to Give Your Dog Their Best Life! (*HINT: Pay Special Attention to #5!)

Consider all the joy and love your dog brings into your life. Now, imagine if you could take measures to help your dog live longer with a better quality of life. Wouldn’t you want to return the happiness your dog provides you for years to come?

Fortunately, with proper care over your dog’s lifetime, she can live happier, healthier, and statistically longer. 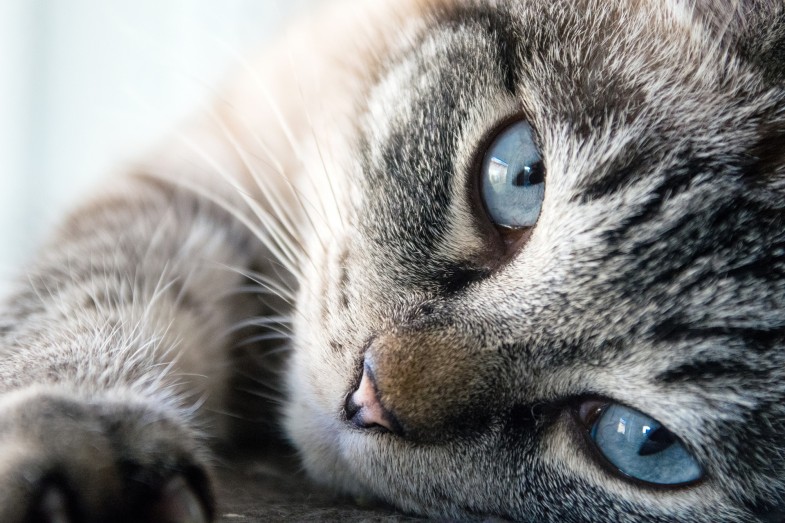 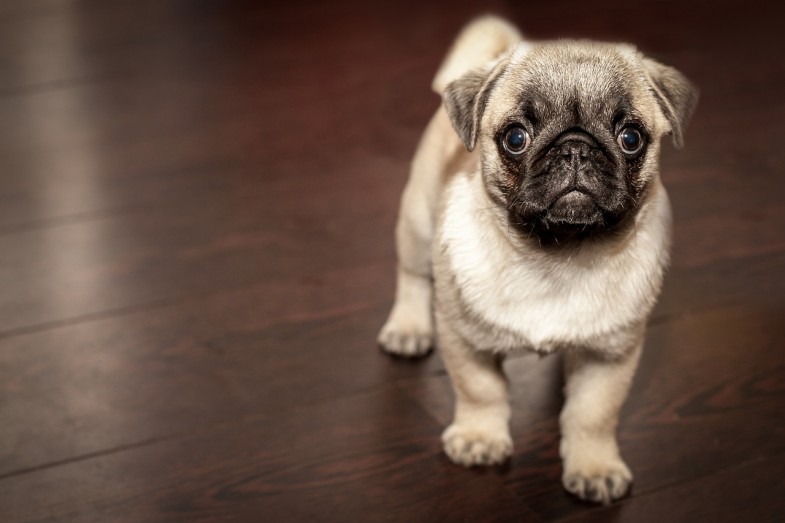 Why Get a Preventive Care Exam?

If you only visit our Kendallville Animal Clinic when your pet is injured or sick, you’re missing the opportunity to get a complete picture of her health. The preventive care exam allows our veterinarians to detect potential health issues and begin monitoring or treating them right away.  By committing to preventive care, you could extend it by months or years. It’s well worth the investment when you consider how much love and joy your pet brings into your life.

We are a full-service veterinary medical facility, located in Kendallville, IN. The professional and courteous staff of Kendallville Animal Clinic seeks to provide the best possible medical care, surgical care and dental care for their highly-valued patients!